A Seat at the Table:

From behind the scenes to behind the podium! This picture book biography about House Speaker Nancy Pelosi shows her journey from the child of Baltimore's mayor to her marble-ceiling-shattering four terms as Speaker of the House.

Available now to order from

Madam Speaker, how does someone who never intended to run for office become the highest-ranking woman in American politics?

My husband asks me that question about every five years, how did this happen? I grew up with a sense that public service was a noble calling, but not for myself. I enjoyed volunteering for candidates who were making everything fairer for families. It was issue-driven for me. But when the opportunity presented itself, all of a sudden it was, you’ve always been interested in protecting children, and now you can act on that.

When Sala Burton came along, here was a woman, a member of Congress, making a decision about who she wanted to succeed her. That hardly ever happens. Men usually make the decisions.

So you checked with your daughter, who was going to be a senior in high school…

Yes, I asked Alexandra, I said “Any answer is okay, I love being home with you, and I’m happy to keep doing volunteer work.”

And she said, “Mother, get a life.” What teenage girl wouldn’t want her mom gone three nights a week? But she was very close to my husband, so I knew they’d get along great while I was in Washington. Be ready, you never know what’s around the next turn in your life!

How do you handle your critics?

I don’t pay attention to them. You can’t. That’s them expressing their poverty of ideas, and taking it out on you. You just have to know your “why,” and know how you want to help improve people’s lives.

It can be hard, though. I want to see more young moms in Congress, but if it comes at the expense of your child coming home crying from school because unfounded personal attacks, it hurts people and deters them from running. We really have to increase civility.

What gives you hope?

Young people. As JFK said, young people are our greatest resource. Also, when you ask me where I find hope, it’s sitting between faith and charity. If you have faith that people are good; faith that they will have charity, then that gives you hope. You know, my parents didn’t raise me to be Speaker… They raised me to be holy. That’s what made them proud: Being faithful to goodness. Politics wasn’t the measure of pride in their children. It was goodness.

Speaking of your parents, you grew up watching your mother play such an important but unheralded role in your father’s political career. Tell me about that.

Yes, my father did the day job of mayor, but my mother was his unpaid partner in public service and community activism. She was the one who was hospitable, was always having everyone in all the time and listening to them, which was important. That was my mom. She showed them their value.

She also developed close ties with the volunteers, the VIPs, she called them, Volunteers in Politics. They all had shared values and close ties of respect. They made things happen, my mother and these VIPs. They did the work. We can have the best candidate, but if we don’t get out the vote, we’re just having a conversation with ourselves.

What’s your most important message for children reading this book?

Be yourself. Take pride in who you are. Trust in who you are. Of course, it’s nice to have mentors and people you admire. But authentically, you are you. Don’t forget that. Know your power.

If you have an opportunity, nobody can undertake it the way you can. Whatever you bring to the table is unique, so have confidence in that, and know the remarkable difference that only you can make when you have your seat at the table. For these children you’re writing for, there’s no limit to what’s possible for them.

Dads and brothers seem to be recognizing more the exuberance of young girls, and honoring that, and the importance of girls expressing themselves. It’s encouraging. I am very excited that in this Congress, on the 100th anniversary of the 19th Amendment, that there are more than 100 women in the House. It’s a great thing for every little girl to look up and think there’s no barrier for her. 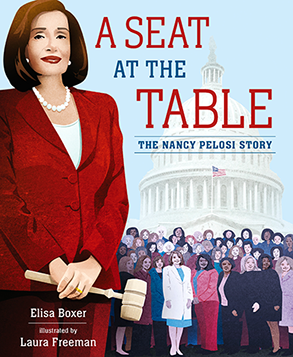 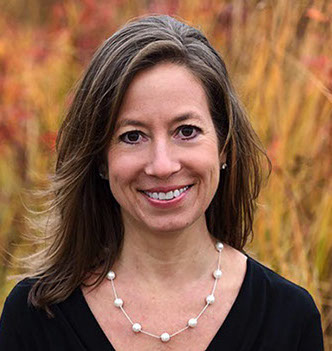 Elisa Boxer is a Maine-based, Emmy-winning journalist and columnist whose work has appeared in publications including The New York Times and Fast Company. She has reported for newspapers, magazines and TV stations, and has a passion for telling stories about people harnessing their courage to create change. Her first book, The Voice That Won the Vote: How One Woman’s Words Made History, was released last year to coincide with the suffrage centennial. She was thrilled to be able to interview House Speaker Nancy Pelosi for her second book, which includes excerpts from that interview. Elisa has several more nonfiction picture books on the way. Visit her at Elisaboxer.com 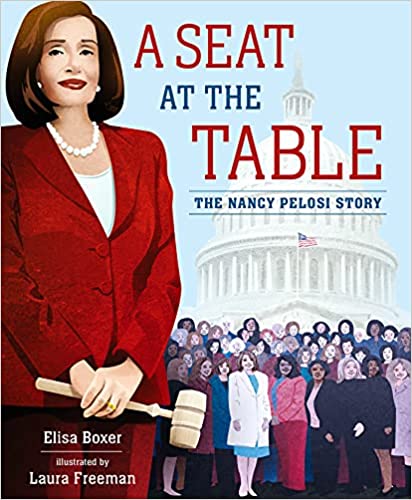